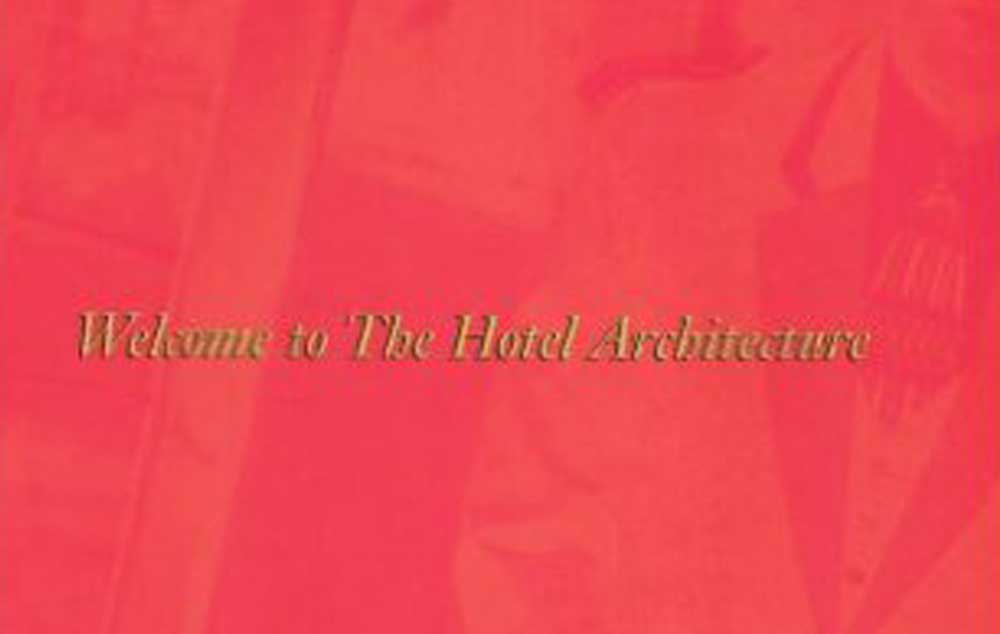 Departing from conventional genres of architectural writing, Roger Connah presents an original and wry reflection on the fickle but exciting role that language, semantics, and philosophy have played this century in relation to architecture. Welcome to the Hotel Architecture is a five-part “anti-epic” poem on the culture of architecture–its tribes and inventions, the spectacular and vernacular, and the processes through which names and movements are secured, erased, forgotten, and manipulated.Using various styles and poetic approaches mimetic of the restless adventures, swerves, and hijacks of language and philosophy in architecture, Connah takes us on an eccentric hop, skip, and jump along the compound walls of architecture and eventually to the Hotel Architecture itself, where we witness a New Year’s Eve symposium on December 31, 1999, that is truly carnivalesque. As we wander through the foyer to the Digital Lounge, where the DITTO conference is taking place, we hear some guests raising their glasses to Gin and Tectonica, others saying good-bye to the rhetoric of the last century, while others still cling to literary theory and philosophical thinness. Following the midnight hour, the crews finally arrive to clean up the mess left over from the architecture wars of the last century. Welcome to the Hotel Architecture! A project to build, a new accommodation, from degree zero to top speed, an architecture of true “unrest” for the next millennium.Along with Paul Valéry’s Eupalonius, or the Architect, Le Corbusier’s Poem of the Right Angle, and Paul Muldoon’s Shining Brow, this is one of only a handful of long poems devoted to the subject of architecture written in the twentieth century. Certainly, it is one of the most unorthodox treatments of architecture in any genre since Connah’s last tour de force of criticism, Writing Architecture: Fantomas Fragments Fictions, insinuated itself upon the discipline. Writing Architecture (MIT Press, 1989) won the International Congress of Architectural Critics Book Award and prefigured the name of the series in which this work appears.